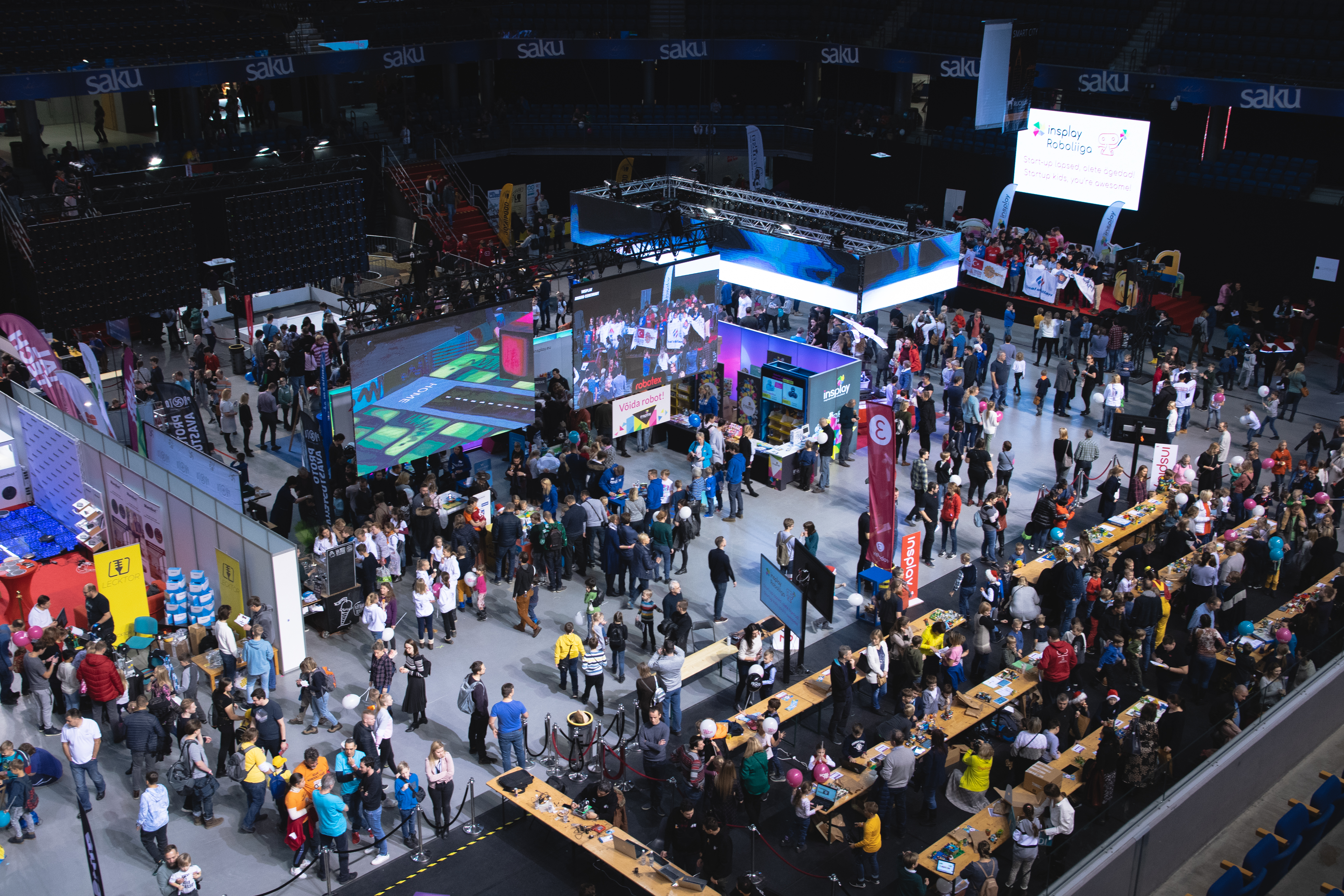 Competitors, students, university students, families and other robotics enthusiasts came together to build robots, compete and learn about the latest advances in technology. This year’s festival had 18 competitions and 2,894 competitors from 28 countries – Italy, Cyprus, Greece, Turkey, Poland, South Korea, Lithuania, etc. took part. The youngest competitors were 4 years old and the oldest 65 years old. About 4,000 visitors visited Robotex this year.

South Korea, Cyprus and Turkey were represented with the largest number of competitors, over 100 competitors. The Cypriot team Laouris got the most medals at the competitions. The Kuwaiti women’s team Aum_Phoenix won the Starship Girls Firefighting competition. The water race was won by the Guinea Pig Design Team from Estonia.

“One notable competitor among many others was just an 11-year-old boy from Cyprus, whose line-following robot built from LEGOs made it to the finals, where he competed against competition machines built by adults. This clearly shows that this is a field where age is not an obstacle in creating and competing with a very high-level robot,” commented Rasmus Kits, chief judge of Robotex, on this year’s competitions.

In the Robotex EXPO area, you could familiarize yourself with the engineering solutions, products and services of many robotics and technology companies. KÕU Mobility Group, Stoneridge, Solaride, kood/Jõhvi, Schbot, TalTech, Milrem Robotics and many others were present with exciting displays. In addition, various student projects, such as Student Formula and ESTCube, could be seen on site. At the event, two new Estonian startups were introduced: Justacart offered guests a shopping cart based on artificial intelligence to explore, and Pickitwise brought an autonomous strawberry-picking robot to the audience. In addition, at the event we saw Bellabot, a fully-dimensional service delivery robot with sensors, making the rounds at Saku Suurhall.

Workshops for both young and old robotics enthusiasts have always been an integral part of Robotex. The visitors were awaited by technology and robotics workshops organized by Robotex’s good cooperation partners Lennuakadeemia, Digipurk, TalTech and others.

Robotex CEO Ave Laas: “Robotex showed real world class this year and we received a lot of feedback that the quality of our competitions has increased both in terms of the preparation of the competitors and the event organization. That later was also confirmed to us by families and guests who visited Robotex over the weekend. International teams come to Estonia to compete with great pleasure, because Estonia is a success story and an example in the field of technology. Estonian companies were showing all this on site, and our guests were also impressed.”

In parallel with the competitions, a two-day hybrid technology conference “Reality R” took place in the Rock Lounge of Saku Suurhalli. The focus of the conference was today’s current topics – AI, military industry, cyber defense, industry 5.0, the second day of the conference is dedicated to education and educational robotics. There were speakers at the conference from the USA, Denmark, South Korea, Turkey, Estonia and elsewhere. Anyone interested can watch the conference via the Elisa Stage platform platform.

Subscribe to our newsletter and never miss another update

Get the latest updates on Robotex International and what's happening in the world of robotics.